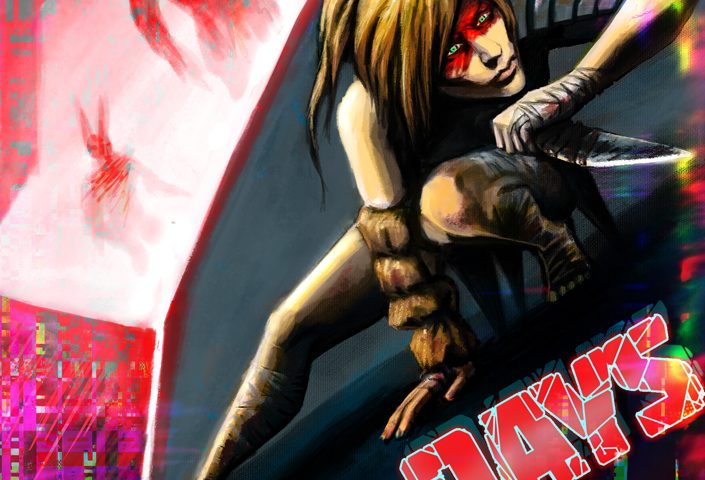 Free World was a cross-media project I worked on in the first half of 2014 as Concept Artist and 2D Artist at EUCROMA. The project consisted of a game called Zero Days and a short film called Day One.
The concept:
In 2050 the world is divided in two: a real world and a game world. In the real world, there is only one nation called The Free World goverened by a totalitarian regime. No aggression is allowed and any transgressions are punishable by lifetime imprisonment in the lawless game world, where people are ported as mortal game assets without rights. The prisoners are left to the invincible players’ urges and desires, as they use The Game as a means to release bottled up frustration from the real world without consequence.
Zero Days was a 2D survival-horror puzzle. In the game you play as a hacker that, with the help of a legendary hacker caught within the system, has to help the main protagonist, Erika, escape the convoluted areas full of enemies in the post-apocalyptic game world.
The project also included a live-action/animation which contained the background story for Zero Days. I had 2 roles on the production: I worked as a concept artist for the storyworld of Free World, creating characters, environments and items, and I worked as a 2D artist for the game and the animation, creating UI elements and textures for the hi-poly and low-poly 3D characters.